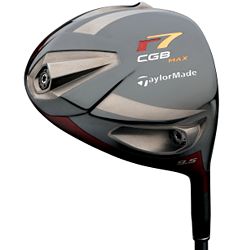 If you are looking for a driver that can provide the best performance then the TaylorMade r7 CGB Max Driver may just be the answer to your prayers.

The TaylorMade r7 CGB Max Driver is a combination of Taylormade’s metalwood technologies which includes a Movable Weight Technology that promotes trajectory adjustability as well as the SuperFast Technology that allows a swing seed that is faster and travels more distance.

The Max Driver’s triangular shape is responsible for easy launching of the ball due to the far-back center of gravity positioning. The 460cc Titanium clubhead boasts of maximum forgiveness as a result of the use of the Inverted Cone clubface technology. 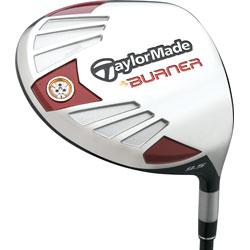 The TaylorMade Burner Driver GRPH is perfect for those who have a competitive streak. This driver is speedy and makes use of TaylorMade’s SuperFast club technology thus allowing longer club length and lighter weight. This gives you faster swing speeds which is ideal if you love to crush balls.

The TaylorMade Burner Driver GRPH has 460 cc clubheads that are bullet-shaped and crown markings. It boasts of an Inverted Cone technology that increase your moment of inertia thereby giving you maximum forgiveness.

Swing the TaylorMade Burner Driver GRPH and realize that it may just be the most forgiving driver you will ever have. If you need help in hitting your ball straighter, longer and higher then you need the TaylorMade r7 Draw Driver. Turn your chronic fades and gain extra distance by using this driver.

The TaylorMade r7 Draw Driver boasts of Taylormade’s Draw-Weighted technology as well as the most modern construction techniques and materials to help you bid goodbye to the right side of play. You also get straighter drives as it is specifically weighted for this purpose. 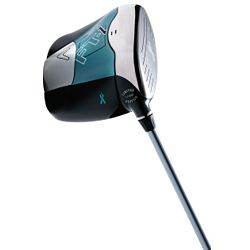 Your purchase of a Callaway Lady Limited Edition FT-i Driver will not only mean better performance in the course but such purchase will also go a long way in helping women and their health problems.

A portion of the earnings from the Callaway Lady Limited Edition FT-i Driver will be used to support the Callaway Golf Foundation Women’s Cancer Initiative. This means you will have the chance to help fund a group of experts looking for a cure for ovarian cancer.

Being humanitarian aside, this driver is really a gem of a purchase considering that only a thousand drivers will be produced by Callaway, each one with its corresponding number making each driver a collector’s piece.

Just like the other Calloway drivers, it will have features like the draw weighting. Each driver boasts of the ovarian cancer color that goes with a teal accent on the clubhead. It will also have a Fujikura Sakura shaft for women as well as a Winn grip. The Callaway Lady FT-5 Neutral Driver with Graphite Shaft boasts of a new clubhead design that makes use of the revolutionary Fusion Technology by Callaway.

This driver provides the user with the perfect center of gravity position thanks to the OptiFit Weighing System that is made possible by a Carbon Fiber Body. This technology creates 50 gams of discretionary weight that is positioned strategically to get higher Moment of Inertia. You can thus expect an optimal performance in the course since you get exceptional stability on your hits. At the back of the driver stands a 25-gram weight that lowers the center of gravity for optimal trajectory.

The user can expect increased ball speeds, more distance and maximum forgiveness with the CT/VFT Titanium cup face. This is definitely the largest and hottest face Callaway can be proud of. 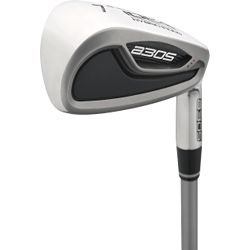 The Adams Senior A3 OS 4-SW Iron Set with Graphite boasts of the Boxer Technology, considered a breakthrough in the shaping of hybrids. And it is no surprise that this new innovation is coming from Adams Golf, an innovation leader in the golfing industry.

With the new Irons, golfers can expect their ball flights to the longer and straighter than before. The new technology has made possible an ultra-high moment of inertia which is amazingly higher by 30 to 70 percent compared to the other hybrids.

This hybrid has a cambered sole that will get the ball into the air by cutting through turf intereference. Expect every swing to have smooth feel consistently.

Take the lead of the champions and try the Callaway X-Tour Chrome Wedge. The Wedge was inspired by Phil Mickelson who is a two-time major golfing champion. This wedge is ideal for the accomplished golfer as it has a precision that’s been tested and proven on tour.

The Callaway X-Tour Chrome Wedge was designed by Roger Cleveland, himself a legendary clubmaker. Callaway claims that Cleveland’s wedge design is perhaps the best performing and best looking wedges produced by Callaway.

The wedge has an exeptional touch and feel when used in the greens as it is forged from 1020 soft carbon steel. You can choose from several combinations of loft and bounce depending on your preferences.

Try the 58° and 60° versions, both with the special Phil Mickelson Grind and Mack Daddy Grooves for maximum distance control and ultimate spin and trajectory.