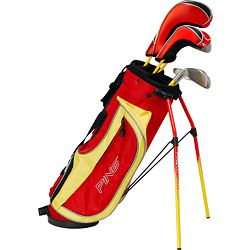 your kids to play golf by giving them this Ping Pal Junior Golf Set. The Set consists of stainless steel fairway wood, 360cc titanium driver, three perimeter-weighted irons, and an Anser putter. Plus, you also get a carry bag that is not only lighweight but which comes with a stand. The set contains basically all that an aspiring golfer needs to perfect his game.

These clubs are capable of helping kids get their shots airborne thanks to the flexible graphite shafts. These clubs which has junior-sized grips are ideal for kids who are six to eight years old, whether boys or girls. 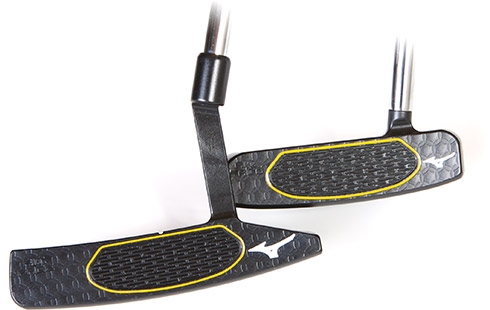 With the Callaway Fusion FT-i Squareway Wood you get higher moments of inertia because of the positioning of the disretionary weight right to the extreme corners of the club. The Squareway Inertial Design thus provides twisting resistance that is as yet unmatched.

The Callaway Fusion FT-i Squareway Wood has more forgiveness and can deliver straighter shots. It was constructed using Fusion Technology which is a combination of lightweight and composite crown on the sole and the body as well as a stainless steel face. The gold boasts of better stability and greater distance.

You also get an increased MOI and more forgiveness because of the overshizes head shape of the club. Plus, the club enables a maximized ball speed due to the VFT Technology. All these is guaranteed to result ot maximum driving performance in the fairway woods. 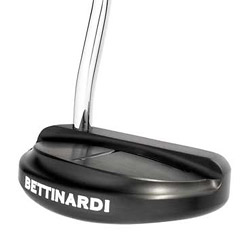 The Mizuno A Series Putter is milled from 6061T6 Aluminum Steel and has of a low and deep COG. These putters boasts of being the first putters produced from one piece milled designs as a product of an exlusive manufacturing partnership agreement between Mizuno and Robert J. Bettinardi, the popular putter designer.

These putters has the patented Honeycomb Face by Bettinardi which results to a more consistent striking of the ball in any course. It also boasts of the Winn AVS17 grip and the Custom Exotic True Temper double bend shaft.

The storm gray, anodized finish of the putter makes it look more elegant and a proud addition to your golf club bag. 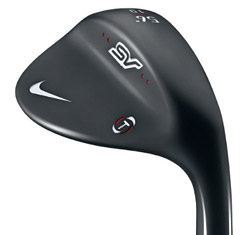 The Nike SV Tour Black Satin Wedge and the original Nike SV Tour wedge both have the same classic profile and bounce that spells versatility.

This black satin wedge boasts of getting more accurate shots in the course thanks to consistent response offered by the CNC milled face. It is made of 8620 carbon steel thus giving you that solid feel and provides glare resistance.

While the Nike satin wedge has been receivign a lot of positive feedback from golfers, some however complain about the shots as they seem to be a little difficult to control compared to the competitor.

Longer. Straighter. These are two words that best describes the Adams Golf Redline RPM 460cc Dual Driver. It boasts of the latest technologies like the RePositioned Mass technology and xFace engineering that allows it to be more forgiving while delivering maximum performance.

The Redline has an oversized head thus it cna provide you maximum forgiveness in the course. The adjustable and movable weights allow you to get optimized ball curvature and trajectory. With the xFace, the center of gravity is expanded thus providing greater ball speed.

Even Tom Watson, Adams tour staff and winner of the 2005 Senior British Open thinks the Redline 460cc Dual is a great driver regardless of whether or not he is part of Adams. 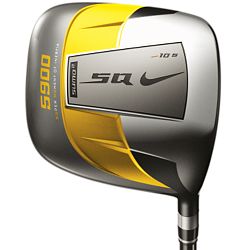 Nike engineers have infested a lot of effort in making the Nike SasQuatch Sumo Squared 5900 Driver one of the straightest and most accurate drivers available in the market today. At $399.99 you get a driver with high moments of inertia and with an efficiency that responds to the USGA limits.

The speed and accuracy of the SQ Squared Sumo 5900 Geometry is faster thanks to a redefined body and its convex crown. The clubface us thick enough thus allowing faster speed of your ball no matter what face angle.

This driver also boasts of the Nike PowerBow Weighting which has optimized its accuracy and stability.