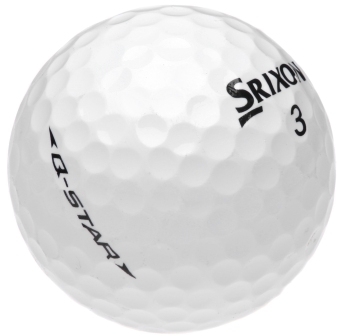 Srixon has really stepped up its game in recent years with its Star line of golf balls, with the Z-Star being highly popular among golfers of practically all handicaps.  2013 presents a brand new version for the Star line, this time with the Q-Star.

The Q-Star golf ball is designed specifically for average golfers (handicaps between 6 and 18) in mind, with more accuracy and distance to help them improve their scores tremendously.  It basically features two technologies that helps set it apart from the competition.  The first is a STAR Performance inner core that adds not only distance but playability as well both off the tee and around the green.  The second is spin skin technology that improves greenside spin without sacrificing distance by improving friction between the golf ball and the golf club surface.  What follows is an overall review of the Srixon Q-Star golf ball.

There are many different positives when it comes to the Srixon Q-Star, as it really lives up to its hype.  The distance on both tee shots and approach shots is above average and can compare to practically any golf ball out on the market today, including well-known brands such as the Titleist Pro V1.  When it comes to tee shots in particular with either a driver or fairway woods, the Srixon Q-Star golf ball is very straight with a penetrating ball flight and very low side spin as well, which can really benefit golfers struggling with hooks or slices.  The golf ball very good overall feel to it no matter which club in the bag is used, and feels very soft especially around the greens; combined with this softness is a great amount of durability as well, as golfers will find that it is difficult to scuff the ball up after playing it for quite a few holes.  Lastly, another positive associated with the Srixon Q-Star golf ball is that iron shots generally have a good amount of spin on them and checkup when they are supposed to.

There are really only two negatives when it comes to the Srixon Q-Star golf ball.  The first is that while the ball flight can be a bit high at times, especially when it comes to the short irons, and this may be a disadvantage for those who naturally hit the ball high and are looking for a ball with a normal or low trajectory to it.  Another negative is that the ball doesn’t seem to really spin that great when coming out of the bunker or rough around the greens.

Overall the Srixon Q-Star golf ball is another winner put out by the golf company and should greatly benefit average golfers.  It doesn’t really excel in any particular area but is above average in all of them, with good distance, accuracy, and feel.  The ball flight may be a bit high and times and may not generate a great amount of spin around the greens in particular, but if one is willing to overlook these they will find a great golf ball that should shave a few strokes off their next golf round. 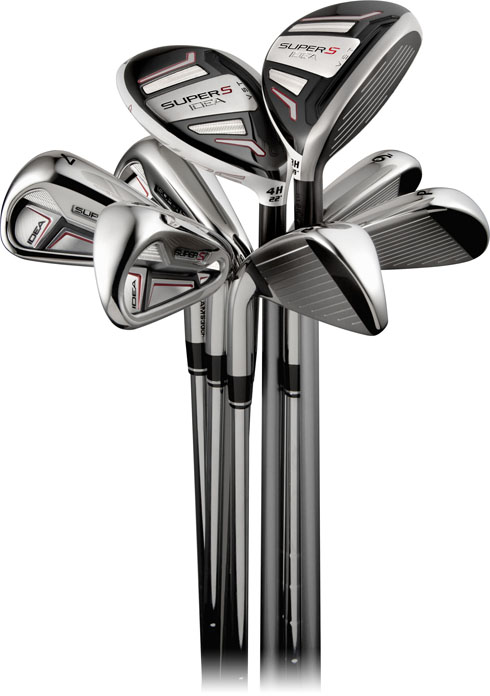 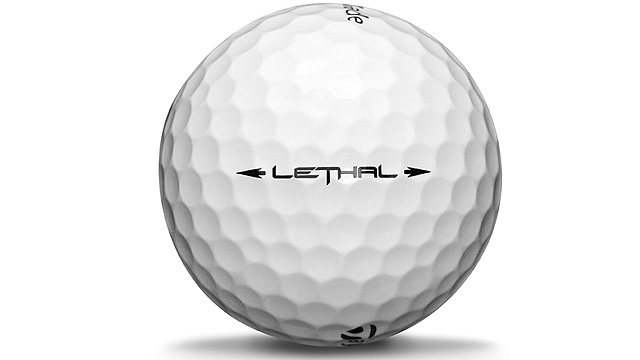 Titleist may have the number one ball in golf as it stands right now, but the competition is getting more and stiff as the years progress, and Taylormade is certainly giving them a run for their money with their newest line of golf balls known as Lethal.  Lethal is basically a redesigned PENTA with great new features.  It is a premium five piece multilayered golf ball comprised of a 322 low drag performance dimple pattern that is supposed to provide added performance in windy conditions, along with progressive velocity, in which the faster layers are located on the outer part of the golf ball to create additional ball speed for more distance and accuracy.  With that said, how does it stack up to the Pro V1?  What follows is an overall review of the Taylormade Lethal golf ball.

When it comes to distance off the tee, the Taylormade Lethal golf ball is certainly comparable to the Titleist ProV1.  What was great about the golf ball was the penetrating ball flight that just cut right through the wind; the low drag performance dimple pattern really sets the golf ball apart from the competition and should really benefit golfers who struggle getting good distance in windy conditions.  The playability of the golf ball is above average as well; one can hit fades or draws with the golf ball fairly easily.

When it came to irons and woods, the Taylormade Lethal golf ball actually out-performed the Titleist ProV1 when it came to getting the ball to stop on the green along with distance as well.  We all hate it when our long iron shots hit close to the pin and then keep rolling another 30 feet or so, but with the Taylormade Lethal golf ball the ball had really good spin on it even for high iron and wood shots, along with the distance being about 3-5 yards further as well.

Chipping and putting are really the two most important aspects of the game when it comes to shooting lower scores, as chipping allows one minimize mistakes while putting helps to maximize great shots, and the Taylormade Lethal golf ball performs well above average in both of these categories.  Whether it is a bump and run, pitch, flop, or just a normal chip, the ball has exceptional spin and just stops on a dime.  It doesn’t matter whether it is off of the fringe or out of the bunker, the golf ball does exactly what you would expect it to every single time, and it is hard finding very many golf balls that can do that these days.  As far as putting, the ball feels great coming off of the putter head and it takes little to no time at all to get the distance control down.

Overall Taylormade has created a fantastic golf ball that can help practically any golfer shave a few strokes off their game, especially when it comes to distance and approach shots.  Low handicap golfers can certainly benefit from the tremendous amount of spin that the ball offers along with its penetrating ball flight in windy conditions, and high handicap golfers should be able to find a few extra yards off the tee and into the green at the very least.