The TaylorMade R11 driver is by far the most anticipated club coming out this year and will be showcased at the 2011 Tokyo Golf Show. The new acronym on the sole of the club is (AST) and it stands for Adjustable Sole Technology. Combine that with FCT and MWT and you got a lot of adjustments your able to make.

The satin white finish, along with the black face, creates the maximum contrast between face and crown to help you align the club more easily. Face angle is controlled by an adjustable aluminum sole plate. By moving the red triangular plate into the closed, neutral or open position, you can adjust the look at address. The face settings range from 4 degrees open to 4 degrees closed.

The standard R11 driver will come with a 45.75″ Fujikura Blur shaft and retail for $399. A TP version of the club will feature an identical head and several shaft upgrades for $499. Both drivers should arrive in pro shops in mid-February and are available for pre-order.

Take a look at some great pricing on the new TaylorMade R11 Drivers.

Weighing in at just 284 grams, the TaylorMade Burner SuperFast Driver is the lightest, fastest driver TaylorMade has ever created. Designed to deliver boosted clubhead speed and excellent distance, the SuperFast also holds the largest clubface of any TaylorMade Driver. The bigger face gives the golfer more area to strike the ball with, which is a distinct advantage.

The updated club face features a different bulge and roll design that works with the higher moment-of-inertia head to assist with off-center strikes.The 460cc club head of the Burner SuperFast is sleeker and more aerodynamic than the previous Burner driver, allowing it to slip through the air more quicker and help the golfer swing the club head faster.

The Burner SuperFast comes with a 46.5-inch Matrix Ozik XCon 4.8 shaft, which is both extremely lightweight. This grouping helps launch drives on a superior trajectory with added spin thereby improving the distance for slower-swinging golfers.

Take a look at some great prices on TaylorMade Burner Superfast Drivers and report back with your own reviews. 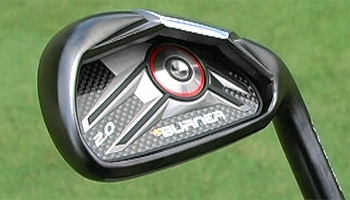 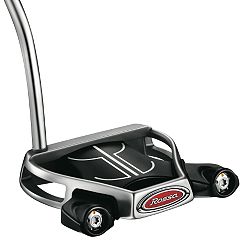 If you seek to promote your distance-enhancing draw, the TaylorMade r5 Dual D TI Driver is the ideal driver for you. It boasts of permanent TLC or TaylorMade Launch Control cartridges that are widely-spaced and pre-configured. With this feature you no longer have to position the weight anymnore since it ideally done by the TLC.

You also get high moments of inertia, maximum forgiveness and provides a draw. It has a 450cc titanium clubhead that gives you confidence and solid contact with the ball.