Archive for the "Wedges" Category

Of all the equipment in a golf bag during a given round, the wedges might get the least attention paid to them. Unlike other clubs, it doesn’t much matter what kind of shaft you have in your wedges, and many golfers just pick whatever brand they have for the rest of their irons and just call it good. In reality, wedges are vital to scoring and should be given as much attention, if not more, as the rest of the clubs in the bag.

The TaylorMade ATV wedges were designed with flexibility in mind, and that is a good thing when it comes to the wedge game. In fact, ATV stands for All Terrain Versatility, because you 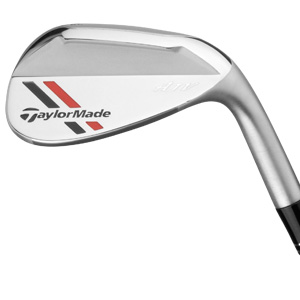 never know what you are going to run into on the course. When you are playing a creative shot from a tough spot around the course, you are usually doing it with a wedge in your hand. Having a club that doesn’t get in your way and allows you to be as creative as you can be is ideal for helping you maximize your scoring efforts.

Most wedges are designed with a consistent bounce angle so you get the same degree of bounce no matter how you have the club face positioned behind the ball. That is not true of the ATV wedges. Depending on how you position the club head, you can work with different amounts of bounce to match the shot you are trying to play and the conditions of the course. Usually, firmer turf will require less bounce, while it is helpful to have more bounce when the course is soft. Instead of needing different wedges for different course conditions, the TaylorMade ATV wedges will allow you to adapt on the fly and make the club fit the needs of each shot as you come to it.

Just because it has some innovative design on its sole doesn’t mean this club is lacking in quality or feel. It is the same great wedge feel and look that you have come to expect from TaylorMade, and you will have no doubt that you are hitting a tour-quality wedge. With milled grooves across the face of the wedge, you should be able to generate just as much spin with this club as you do with other wedges – if not more. Of course, like any club, you should try it for yourself and see what the ATV might be able to do for your short game.

Offered in seven different lofts from 50* to 64*, the TaylorMade ATV wedges can be used to perfectly fill out your set and make sure you have a club to cover all of the yardages on the course – in addition to your chipping and pitching needs. Before you just buy the first wedge you come across on the rack, be sure to try out the ATV wedges and make up your own mind on how these innovative clubs can transform the short game. 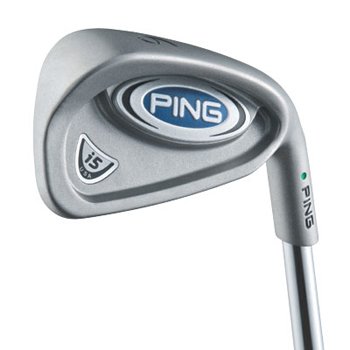 We had some time to review the Taylormade TP xFT Wedge this past weekend for a few rounds of golf. These high tech wedges are equipped with xFT which stands for Exchangeable Face Technology. This allows the golfer to change out the face with as they wear with just a couple of screws. Having fresh grooves on the wedge is very important for generating the right amount of backspin on the ball for those close approach shots at the green.

On the course the wedge feels very solid, we couldn’t tell it was actually two pieces. The amount of backspin was decent with our 56 degree and 12 degree bounce and it felt soft and responsive when striking the ball. For a normal weekend golfer we’re not sure if you need interchangeable faces as you could probably get away with a simple groove sharpener and save a lot of money.

Take a look at some great deals on new and used Taylormade TP xFT Wedges. 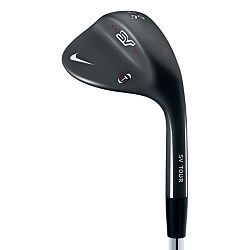 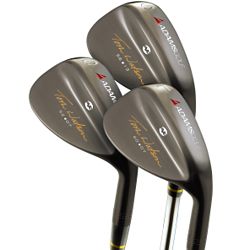 The Adams 2008 Watson Wedge Pack is an ideal tie up between Adams and champion golfer Tom Watson. This wedge has a teardrop shape, shallow heel and a high toe. Watson is particularly fond of the grind which provides extra bounce, allows easy hitting and provides a lot of versatility no matter where you are playing.

The Adams Wedge combines style and performance, characteristics for which Watson is known for. You also get the guarantee that this wedge has been tour-tested and has passed Watson’s high standards when it comes to gold and golf clubs.

This wedge boasts of a USGA groove volume, PVD process or premium physical vapor deposition which results to a soft feel and a glare-reduced finish. You can also expect a deeper center of gravity as well more control.