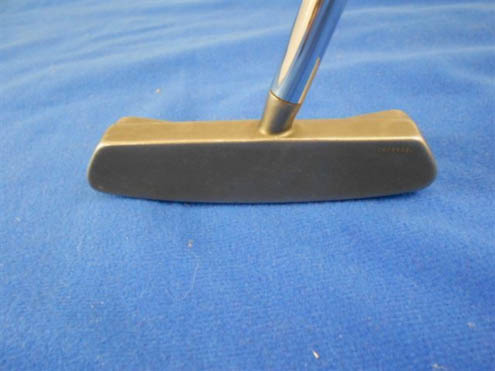 I have struggled finding a good putter to cure my yips over the past few months, until I decided to try a Ping Karsten Series Putter.  Ping has traditionally been known as a great golf brand going all the way back to the 1960s.  It was 1967 to be exact, when founder Karsten Solheim created a putter that made a “ping” sound upon the club being in contact with the golf ball.  From then on it has been success after success with Ping putters, winning over 2,000 tournaments since its first putter was introduced.  Recently (as far back as a few years ago) Ping introduced a new line of putters named the Karsten line.  According to Ping, the Karsten line is the “perfect answer for the golfer seeking the performance of a steel face with and insert feel. An elastomer insert provides enhanced feel while maintaining the solid response of a steel-face putter.”  For this article the putter I am reviewing is the Ping Karsten C67 Putter.

With a price point under $100 ($89 when I bought it recently at Golf Galaxy), it seemed like a steal compared to the $200+ Scotty Cameron putters that everyone seems to rave about.  Don’t look at it as being just another under-$100 putter, because when you start putting with it you will think it should be worth more.  What made me attracted to it first was the bottom-heavy design of the putter.  This is extremely useful when having to deal with the yips, and I found myself making a lot more short putts out on the golf course with this putter as opposed to more expensive ones I have tried.  The alignment of the putter is very easy on the eyes, with one simple white line going down the middle.  The shaft of the putter also goes down the middle as well, which may seem awkward at first but it only took a short time getting used to.

What is also great about the Ping Karsten C67 Putter is in regards to its consistency.  Whether it was a five foot putt or a twenty-five foot putt, the golf ball always went on the line that I intended it to go on.  This is important, because many recreational golfers may know how a putt breaks out on the golf course but they don’t have a putter that can consistently go on the line they want it to.  If you are struggling with this problem you should definitely consider getting this putter.  Having a putter like this can only increase confidence when out on the golf course, and it certainly helped me shave some strokes off of my golf game.

As far as any negatives concerning the Ping Karsten C67 Putter go, it was hard initially for me to find any.  After playing awhile with the putter I did find one negative that is worth mentioning.  The putter seems to me to take a lot longer getting used to when playing on faster greens as opposed to slower ones.  Because it is a bottom-heavy putter there is a tendency for putts to go farther than usual on fast greens, and thus it may take longer to get used to them.  In other words, make sure to hit some practice putts before going out to play or you may find yourself having a few too many three putts out on the course.

Don’t let the price of the Ping Karsten C67 Putter fool you.  It is a fantastic putter that has a bottom-heavy, simplistic design.  It will greatly reduce the yips and provides consistency on the putting green that is comparable to any of the top putters on the market today.

Check out some deals on new and used Ping Karsten putters.