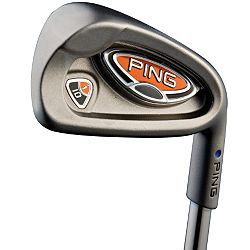 If you are a high handicap player then the Ping G2 Irons will suit you fine.  The new Ping G2 Irons have higher forgiveness and promises an improved launch thanks to a wider sole as well as foresight in moving the center of gravity away from the face.

The Ping G2 Irons are a product of Ping’s new sandblasting process so you can expect an improved ball to face contact. And here’s a novelty for you guys—these G2 Irons are capable of being mixed or matched with a semi-hyrbid iron called G2HL.

The Ping G2 Irons look a lot simpler and cleaner than its predeccesors but definitely as durable and reliable as the other Pings.