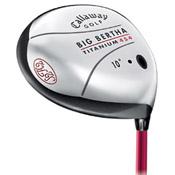 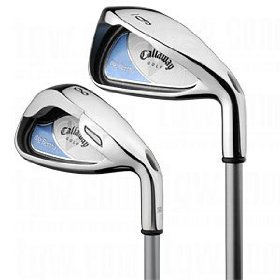 The Nike NDS or Nike Distance Series Graphite Iron Set is made of 431 stainless steel that is 25 percent softer compared to the 17-4 stainless. This is a dream come true for most golfers who want control but better feel of their clubs.

The NDS Irons boasts of a low CG which offers more forgiveness and reduces fat shots. These Irons are attractive and modern-looking but more importantly they can help improve your game. They have a reasonable price tag too.

Any golfer belonging to any level will love the feel and the performance and the swing of the Nike NDS Irons. These Irons have a high trajectory but the club’s head is somehow heavy. The Callaway Big Bertha 06 Iron Set 3-PW w/Steel Shaft is an impressive club if only for the innovative technology that was used in its creation. It boasts of an impressive performance that any golfer would appreciate if he wants to improve his play.

This Iron has maximum forgiveness and provides off-center shot accuracy due to its notch weighting system which is identified with clubs made by Callaway. What makes this iron tick is the fact that its makers took some weight from the center and in effect the clubhead and relocating the weight to other areas such as the heel and toe.

With this, you get a solid feel and more Moments of Inertia or MOI as well as added stability. This Iron is composed of 17-4 cast stainless steel which results in a stunning and beautiful high polish finish.