Here is a great deal on a Callaway FT-9 Driver setup with the Fujikura ZCom graphite shaft for just $99.

The Callaway Golf FT-9 Driver expands on the success of the FT-5 Driver. Ball speed across the club face has been improved with to the addition of Hyperbolic Face Technology. The FT-9 Driver has the option of Draw or Neutral setups to allow golfers to choose the desired trajectory and ball flight they are looking for. Fusion Technology combines a carbon composite body with a titanium face cup creating maximum perimeter weighting and maximum forgiveness.

Check out some more deals on new and used Callaway FT-9 Drivers. 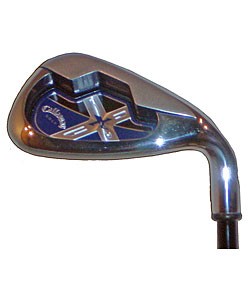 If you’re looking for a gift for dad or for your special friend who plays golf then the Callaway X-18 Graphite Iron Set is an ideal gift. This iron has more forgiveness due to the weight distribution in the clubhead perimeter as well as the use of SH2 technology. This is also due to the club’s 360-degree undercut design.